Spanish Point House is a luxury B&B offering accommodation and breakfast in beautiful surroundings on the Wild Atlantic Way. Situated in Spanish Point with a sandy beach on our doorstep, many golf courses and other tourist attractions. We had the pleasure of stumbling across this beautiful Guest House in Co Clare and wanted to help get their name out there!

Spanish Point House is an early-Victorian residence, originally called Sea View House, built to capture the dramatic views over this spectacular coastline, and dramatic they are! 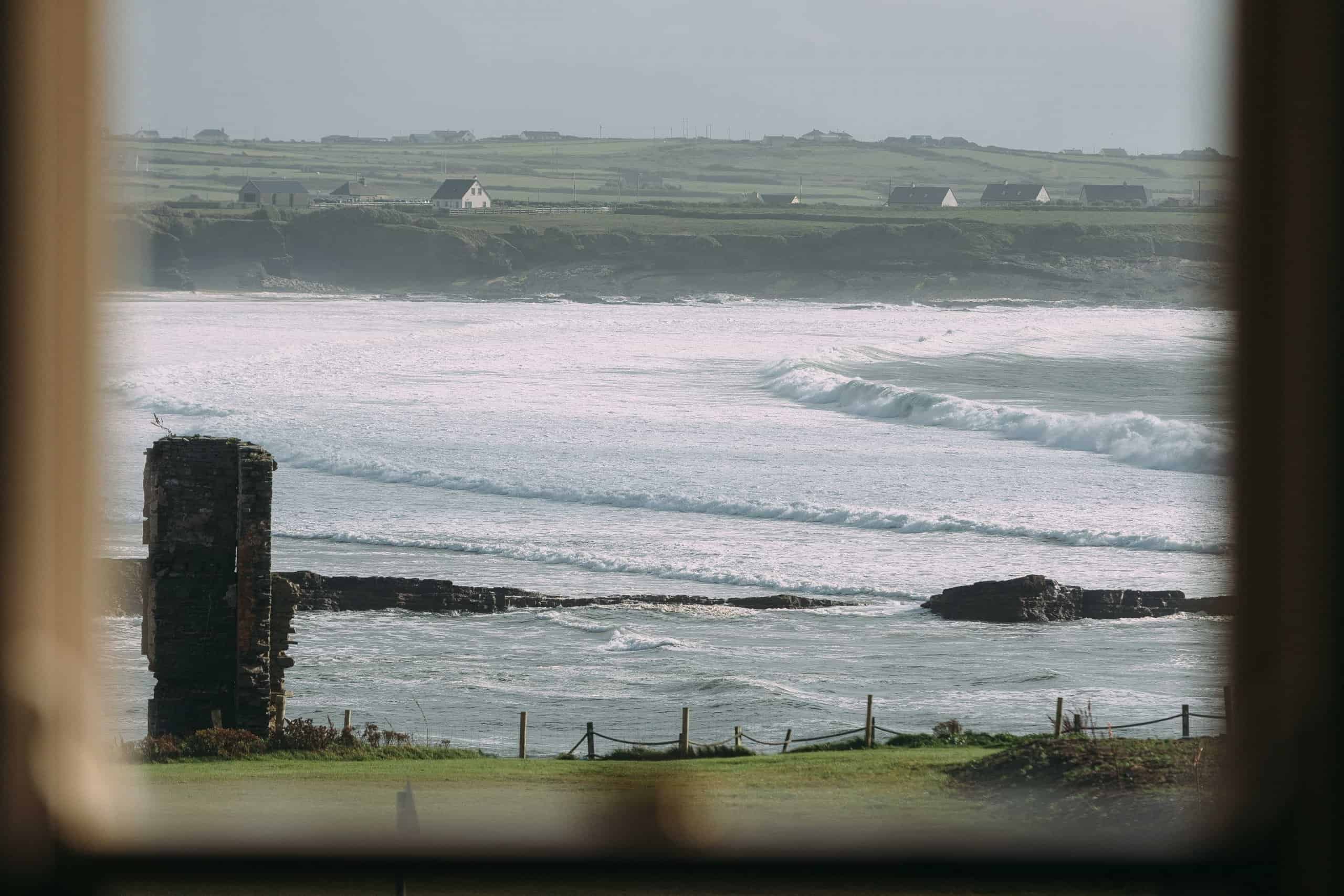 View from the Breakfast Room.

In 1884 the local Roman Catholic Bishop, James Ryan, expressed a wish to start a primary and secondary school in Miltown Malbay, a short distance from Spanish Point House, but his vision was unrealised for many years to come.

In 1903 the bishop’s estate donated £900 to the Mercy Sisters to establish a school, but things did not happen until 1928, when three houses owned by the Morony estate were offered for sale to the Mercy Sisters with the intention of establishing a school at Spanish Point. The Moronys were a family of local landlords who had owned a significant number of properties in the Spanish Point and Miltown Malbay area between 1750 and 1929, including Sea View House, Miltown House, and The Atlantic Hotel.

The Moronys were responsible for much of the development of the locality of Spanish Point, which began in 1712 when Thomas Morony took a lease of land, later purchased by his eldest son, Edmund, divided it into two farms and leased it to two local landlords for thirty-one years. Francis Gould Morony willed Sea View House, which he built in 1830, to his wife’s niece, Marianne Harriet Stoney, who married Captain Robert Ellis. The house was inherited by the Ellis family and one of their sons – Thomas Gould Ellis – became the son and heir.

Almost a century later, in January 1928, a successor, Robert Gould Ellis, sold the property to the Mercy Sisters for £2,400 and in 1929 Colonel Burdett Morony sold Woodbine Cottage to the nuns for £300. Colonel Burdett Morony was a son of widow Ellen Burdett Morony of Miltown House, a woman who was quite unpopular amongst her tenants for rack-renting to such an extent that a boycott was operated against her. Woodbine Cottage, now part of the local secondary school building, was a summer residence of the Russell family and part of the Morony estate.

On 19 March 1929 – the feast of St Joseph – a deed of purchase was signed and Sea View House became St Joseph’s Convent. The coach house, stables and harness rooms were fitted out as classrooms and a secondary school was opened on 4 September 1929.

In 1931 the west wing was used as dormitories for boarders for the first time. In 1946 Wooodbine Cottage was converted into three classrooms and Miltown House (the Morony family seat, built in the early 1780s by Thomas J. Morony, who developed the town of Miltown Malbay) was also bought by the nuns and became the convent of the Immaculate Conception and a day school, while St Joseph’s was given over to boarding pupils. 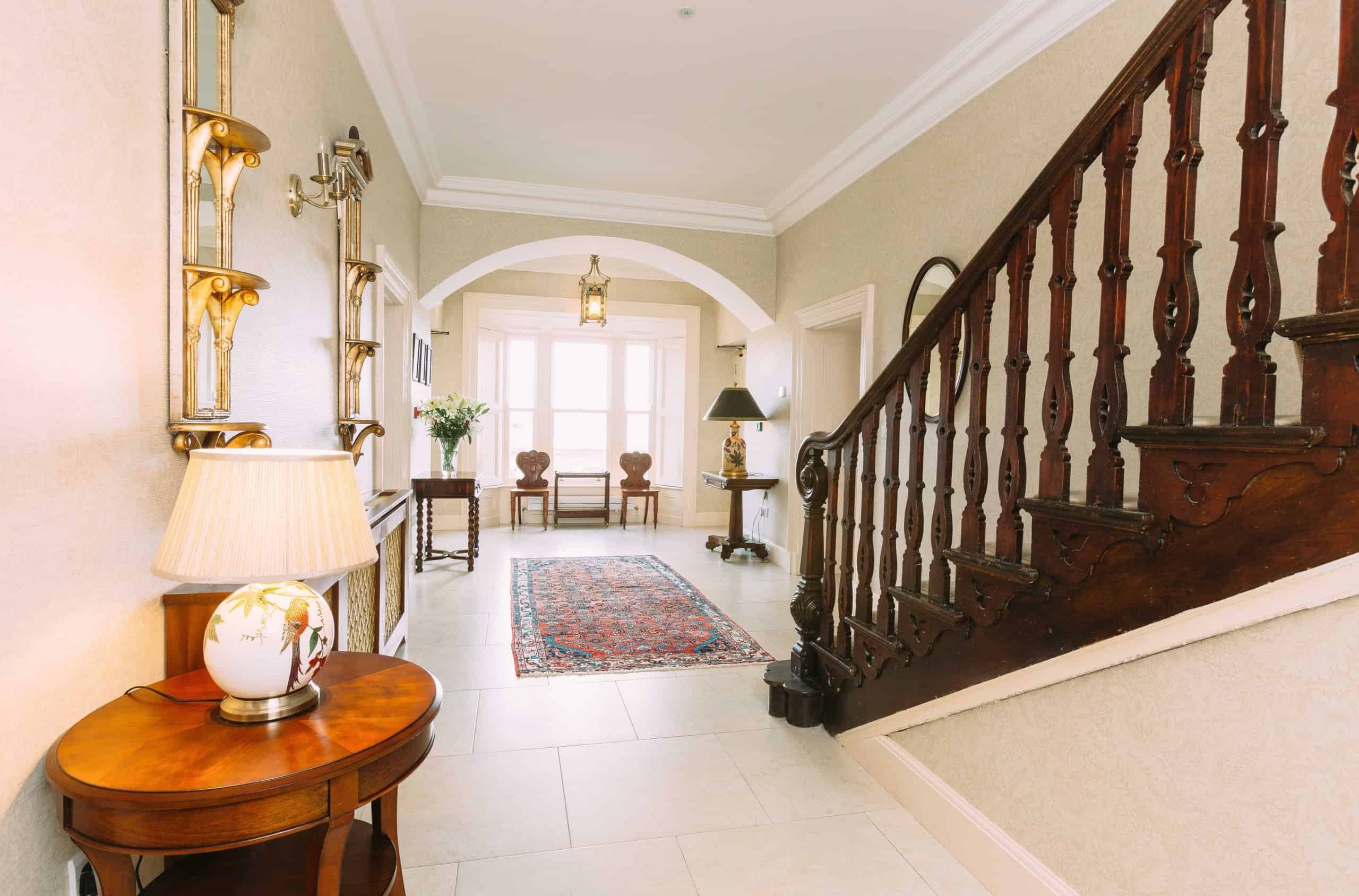 In 1959 a new secondary school was opened in part of Miltown House and in Woodbine Cottage by Dr Patrick Hillery, then Minister for Education. He originally came from Spanish Point and was later to become President of Ireland.

In 1978 the boarding school at St Joseph’s closed, due to falling numbers, following the introduction of free secondary education and free school transport, which allowed pupils a greater choice of schools. The house was then given by the sisters to Clare Social Services as a holiday home for children, and was called McCauley House after the Venerable Catherine McCauley – founder of the Mercy Order.

In September 2015 Clare Social Service sold the former convent to Pat and Aoife O’Malley, who restored it as a luxury guesthouse and re-named it Spanish Point House.

Overlooking a beautiful sandy beach, Spanish Point House offers spectacular views, a warm welcome and attention to detail. From our luxury Guest House you can explore the many glorious attractions in the surrounding area and we are delighted to assist you with your plans.

Guests will be treated to a wonderful breakfast at Spanish Point House, using local fresh produce and offering a selection of homemade breads and jams, all served in our breakfast room where guests can relax and enjoy splendid views of the Atlantic Ocean. 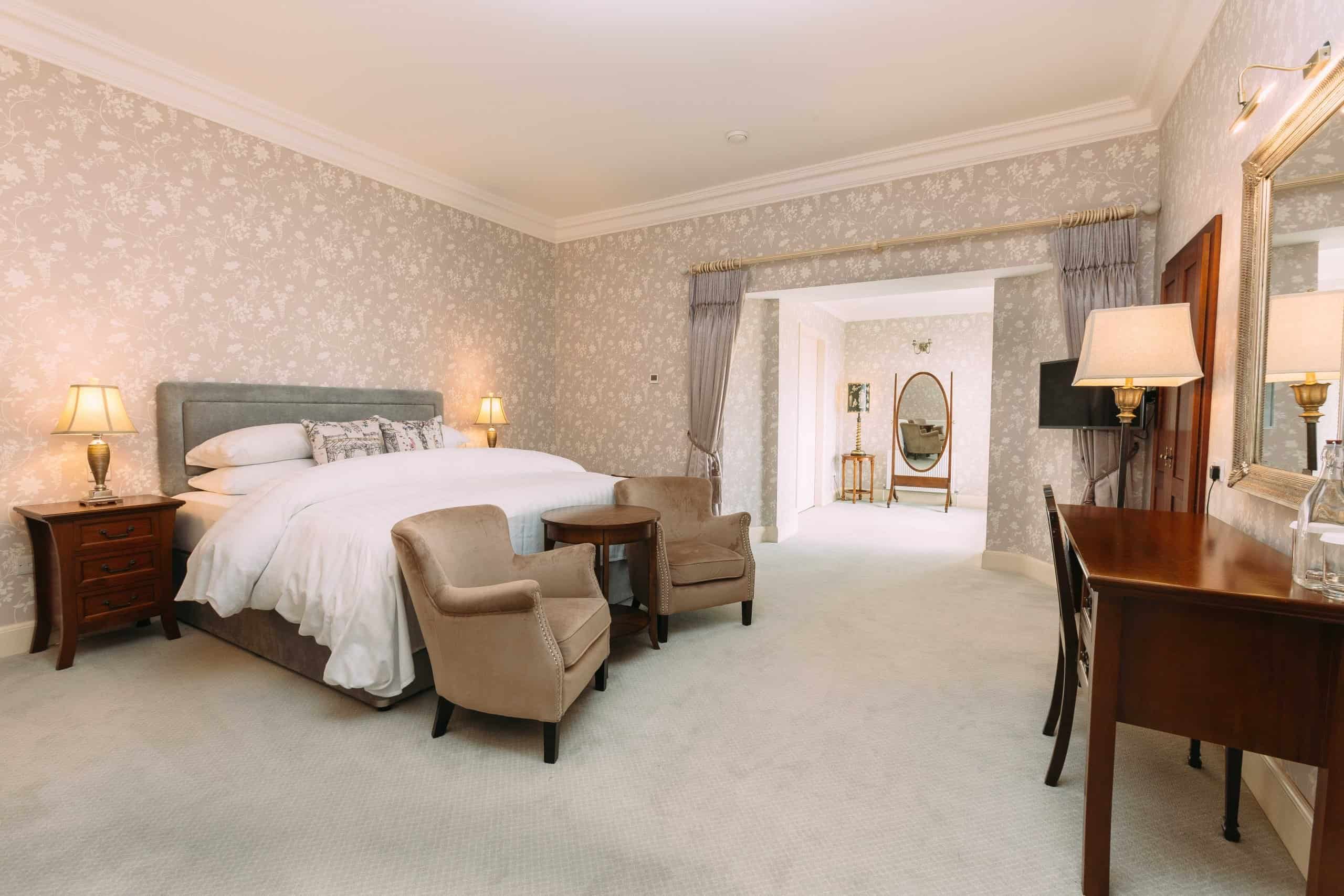 Spanish Point House has safely welcomed guests since ropening on June 29th. Spanish Point House is very much ‘home away from home’ during this crisis, to offer a place of relaxation and calm, a safe haven by the sea. We felt very assured during our time there and the staff were very much adhering to all government guidelines.

The fact that the Guest House is a small 10 bedroom property with spacious lounges & dining rooms, it was easy for them to implement social distancing with ease along with the other recommended procedures.

Spanish Point House and the guys believe that giving a warm Irish welcome and providing a personal service and comfort is more important than it ever was, and we will continue to do just that for their guests.

We had an absolutely wonderful stay down there in Co Clare and can’t wait to get back again. The location is superb with lots of lovely restaurants around the locality including the Armada Hotel, Red Cliff Lodge and Lahinch is 10 minutes away. There’s great surfing options and as with everyone in Clare, it’s super relaxed and laid back. 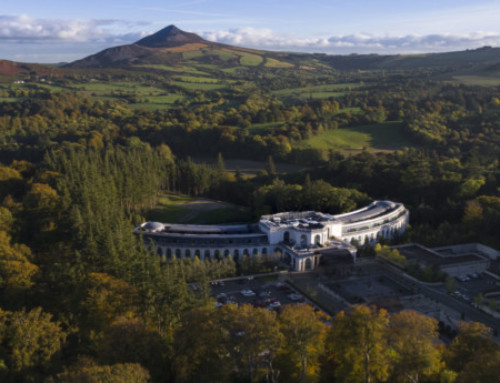 Eccles Hotel, Glangarriff: A Taste of Luxury from a Bygone Era

Eccles Hotel, Glangarriff: A Taste of Luxury from a Bygone Era

January Sale is now On! Lots of items reduced. Dismiss