What’s the difference between the Types of Irish Whiskey

You see it all the time when shopping for Whiskey, in Duty Free, in a shop or online. Single Grain, Pot Still, Blended Whiskey – but what do they all mean and what should you be looking out for?

A lot of the decision process will come down to the tasting notes that you appreciate and the deciding factor can sometimes be the cost – especially if you don’t know what you’re looking for or looking at. Here’s a quick breakdown of the different types of Irish Whiskey and some particularly good ones that you should look out for:

What is Single Malt Whiskey?

Single Malt Irish Whiskeys are whiskeys that come from a single distillery made from only a single malted grain. In Ireland, the Single Malt Irish Whiskey market is dominated by Bushmills and Cooley – they make their own Whiskey and white label quite a few also as new distillieries establish their market presence as their stock matures (3 years and a day!)

Bushmills make a triple-distilled, unpeated malt whiskey, while Cooley generally double-distil theirs using peated and unpeated malt. One of our favourite Single Malts is the 12 Year Old Founders Choice Single Malt from Pearse Distillieries. Founder’s Choice has a medium to long finish, is deliciously silky smooth and leaves you with warm notes of ginger and clove. 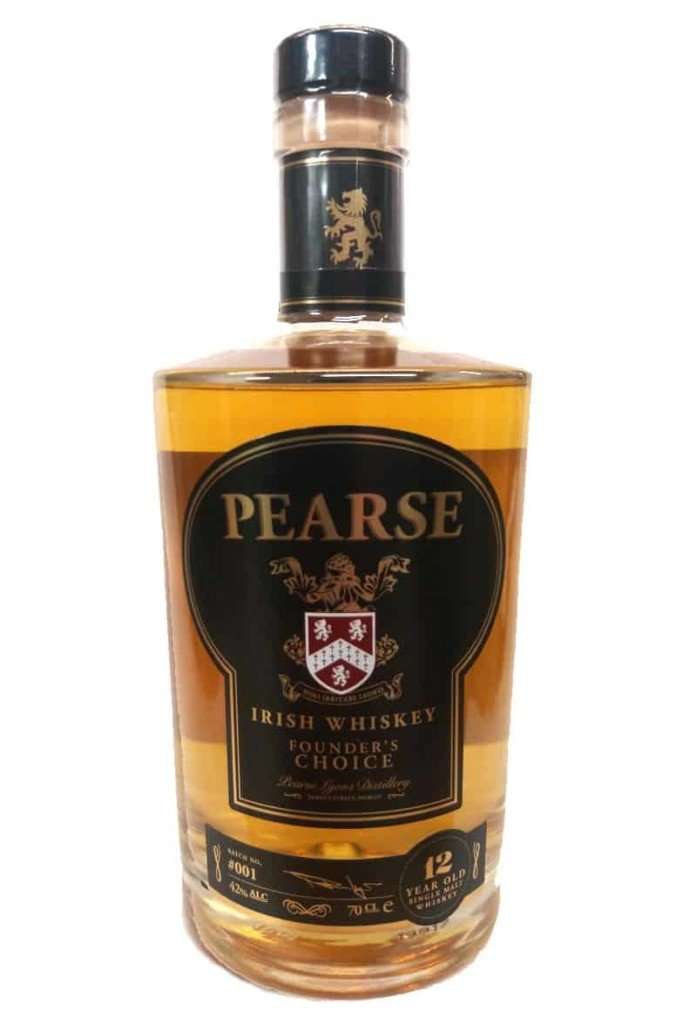 The formal definition of a blended whiskey is one that contains a mix of barrel-aged malt and grain whiskeys, although informally, any blend of more than one whiskey is a blend. Many blends are made by mixing higher-quality single batch whiskeys with cheaper whiskeys to make a more inexpensive product.

In 1878, Dublin distillers John Jameson, William Jameson, George Roe and John Power joined forces to campaign for a strict legal definition of whiskey, a definition that would exclude anything that poured from a Coffey still. It was a style of whiskey that could be mixed with malt or pot still whiskey to make it lighter and more approachable. Most of all, it could be produced a lot faster… and cheaper. Blended whiskey represents the vast majority whiskey being bottled on the island of Ireland. Thankfully, Irish malt and pot still is something that blends very well – witness the popularity of the nation’s largest selling whiskey, Jameson. One of our favourite blended Whiskeys, and a new kid on the block is that from Lambay Island Whiskey Distillers.

Only the finest triple distilled whiskey distillates have been hand-selected to perfect Lambay Whiskey Small Batch Blend. A blend of malted barley and grain whiskey, is triple distilled, matured in bourbon barrels with a pleasant cognac cask finish.  Lambay Island’s Trinity Well water is also used to craft this Irish whiskey making it as unique as the island itself. A beautiful bottle of Whiskey in every way! 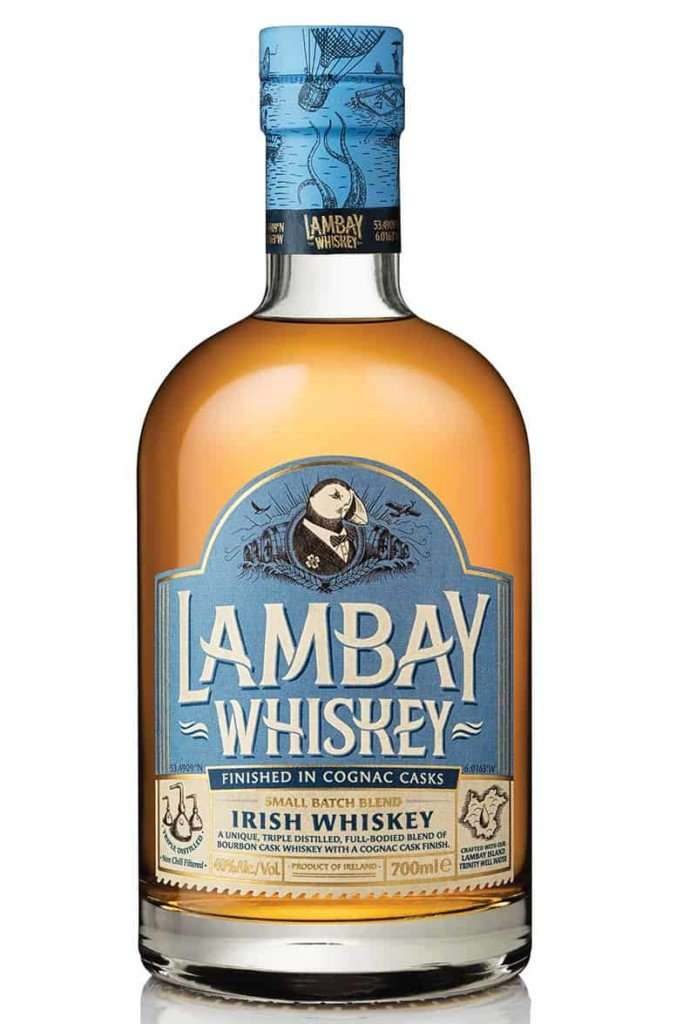 One distillery. The ‘single’ here simply means the contents of your bottle is distilled at one distillery, even though it might come from multiple casks. There’s also a difference in the way grain whiskey is distilled compared to malt whisky. Single malts are produced on the traditional picturesque copper pot stills in batch processes. While malt whiskey must be 100% malted barley, grain whiskey can be made from any cereal grain. In Scotland for example this includes small amounts of malted barley in combination with another grain. We all know Irish Whiskey is better though.

Single grain is a relatively new category in the Irish Whiskey market. The spirit comes off a column still at over 90% alcohol, making it much lighter than its pot still and malt counterparts. The maturation in various casks adds the layers of character. It’s a style of whiskey that’s great in cocktails but well worth experiencing on its own too. We’re big fans of Glendalough Whiskey and they have a superb single grain that’s worth exploring.  Glendalough double barrel is a unique single grain Irish whiskey that has been aged in both ex-Bourbon and Oloroso sherry barrels. A young-ish but smooth a soft single grain. 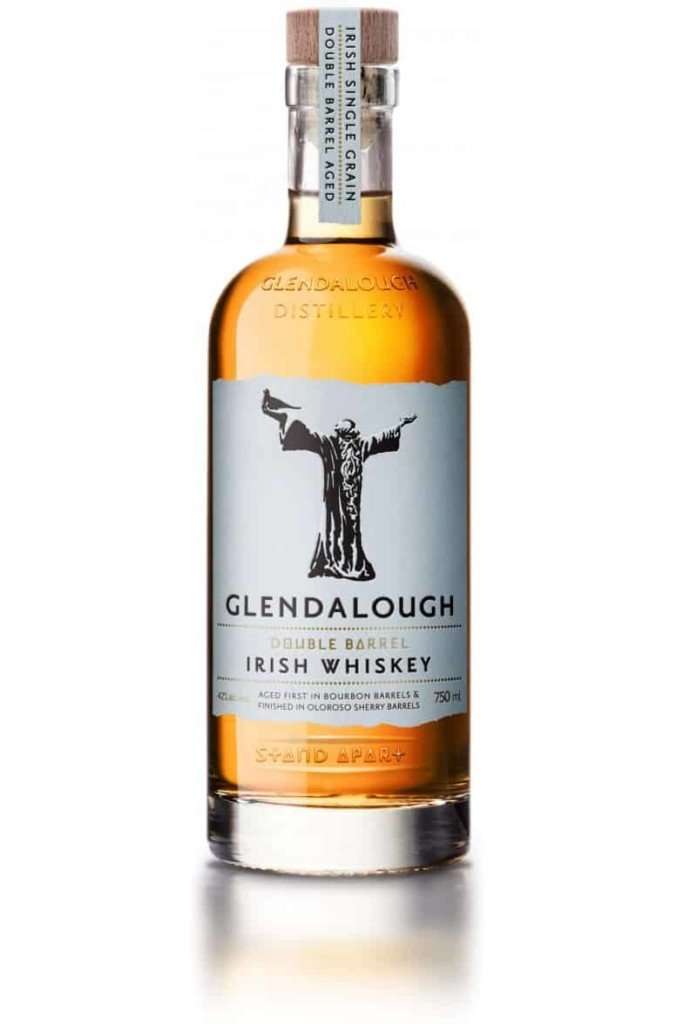 What?! There’s ANOTHER type of Whiskey? Yep, and this is probably the finest.

By the end of the 19th century, there was more pure pot still whiskey leaving Ireland’s shores destined for foreign markets than any other whiskey style from any other country. By the 1980s, however, it was a style that had almost died out, surviving only in the form of the wonderful Green Spot, Redbreast and a few special releases.

It’s a spirit distilled from a mash of both malted and unmalted barley, giving it a wonderfully creamy mouthfeel and spicy, orchard fruit flavour. It’s also at the heart of Ireland’s best loved blends, like Jameson and Powers.

Over the last 40 years or so, it was made exclusively at the Midleton Distillery in Cork, but many of the newer Irish operations are realising its potential.

Powers John’s Lane was an instant hit when it was first released in 2011, eventually winning ‘Irish Whiskey of the Year’ in the 2012 edition of Jim Murray’s Whisky Bible. It is comprised mostly of a robust, heavy pot still spirit and is predominantly aged in ex-bourbon casks with a little sherry cask ageing. Intended to faithfully recreate the old style of whiskey once made in Dublin, it’s one that Irish whiskey lovers keeping coming back to. 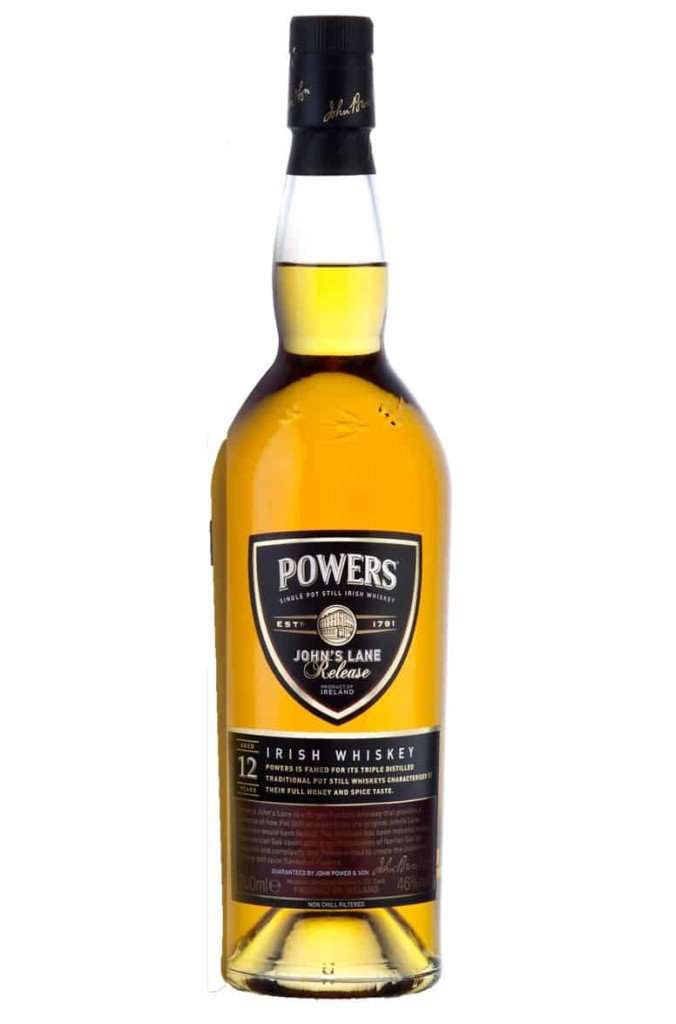 The Greenspot 12 Year Old is an incredibly special single pot still whiskey that was released to celebrate the 200th anniversary of Mitchells wine merchants. It is now very hard to get hold of and is very scarce. 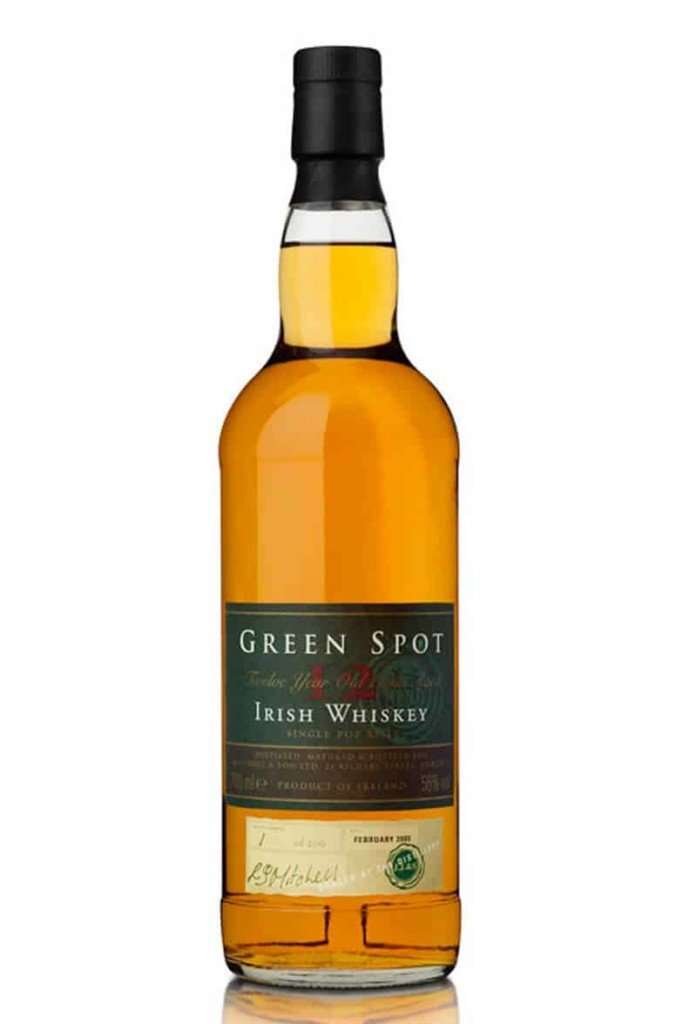 We hope you enjoyed this quick article on Irish Whiskey Types! Leave your comments below,

THERE ARE SOME AN POST DELAYS AT PRESENT SO PLEASE ORDER EARLY TO AVOID DISAPPOINTMENT. Dismiss

Have a question? Whatsapp us!
Go to Top